Magnolia Trace: No Trace of Trey 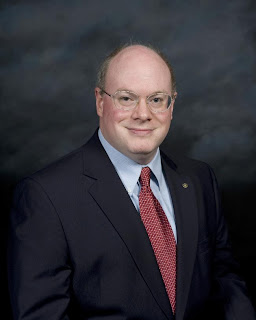 This seems at this juncture to be mostly unpleasant circumstance for Commissioner Allen, as his appointment to the DCA board by Governor Deal in March of this year came 9 months after he, county attorney Doug Batchelor, and County Commission Chairman Ron Cross met with representatives of Magnolia Trace Limited Partnership in preparation of ushering through a resolution endorsing the project during the June 15, 2010 Commission Meeting.

At the time of approval of this resolution, which references, “affordable single-family home subdivision of up to 50 homes,” on 15 acres. Commissioner Allen was serving as Columbia County Chairman for Nathan Deal’s gubernatorial campaign. What looked then to be a reward to a faithful supporter by Deal now looks to be a curse as the DCA is at the epicenter of one of the most furiously-opposed residential developments to be initiated in Columbia County in years.

Fueling Commissioner Allen’s current hot seat even more is his prolonged and furious opposition earlier this year to stadium lights for Augusta Preparatory Day School which will illuminate Springlakes Subdivision, where he resides.  Old Ferry and The Pass opponents of the Magnolia Trace subsidized housing have been disappointed so far that a similar degree of indignation for their discomfiture doesn’t seem to be forthcoming from their 2nd District Commissioner.

Will this most unfortunate combination of a bad deal, coincidence, and location of the latest Columbia County NIMBY (not-in-my-backyard) eruption taint, even doom, what was only yesterday the brightest political career out of Martinez in this century?

Memories run long there. Ask former Commissioner Frank Spears, who has carried the stigma of being “Mr. Rain Tax” for almost a decade. Only now does Spears seem likely to be rehabilitated enough for a come-back.

Now the bloom is off of  Trey Allen’s magnolia as the harsh lights illuminate his Springlakes home.

It will be interesting to see how he Deals with that.

Below is a copy of the Columbia County Commission resolution from June 15th, 2010 giving the county’s support for the Magnolia Trace development accompanied by an informational packet about the development. It clearly states, “affordable housing.” The resolution green-lighted the Georgia Department of Community Affairs (a board which Comm Trey Allen now sits on, as he was appointed by Gov Nathan Deal) to begin the process of issuing tax subsidies for the development.