Mission “Impossible” In a Slum

Thank you for allowing me to speak tonight in opposition to designating the Downtown Business District a SLUM.

When words no longer are required to carry their true meaning and devolve into meaning the opposite, all men and women should shudder, for in that immoral state what is the meaning of right and wrong?

Let’s look to the Department of Community Affairs Guideline on how to do Urban Redevelopment in Georgia. It cautions against this Commission surrendering all of its Redevelopment Powers to an Authority, but this resolution breathes life back into a body possessive of those powers. It says there needs to be public and private input gone missing in these proceedings. It says beware conflicts if you have a DDA. It says the redevelopment district can be a single parcel, not requiring over 1000 of them in 595 acres. It cautions on the use the broadened power of eminent domain and the power to single out individual landowners for reward or punishment. It says the redevelopment plan is easily changed so you can start with a small district to fund the municipal building with tax exempt bonds, then expand it. These DCA guidelines have neither been followed nor met in myriad ways.

When you allow words to lose meaning, you allow debate over their meaning to obscure that which is a real public menace. The people rightfully fear monsters hatched in the dark will go on to feast – on them – in the dark. The DCA guidelines shine light on the process, so why not insist that they be met?

Questions about this resolution are legion. Is it responsible to fund unlimited debt service with SPLOST revenues that have not been approved yet? Won’t the net result force funds from 99.8% of the rest of Richmond County into this district? Can’t a much smaller Opportunity Zone be created? Can you recapture powers of the Urban Redevelopment Agency? What is afoot with using the very different Redevelopment Powers Act in a coterminous TAD that is so secretive?

Pictures are said to be worth a 1000 words and the Mayor will hold me to about 550, so let me conclude with 2 pictures. Here you see me with my most important client, my mother.

She was confronted with a county overlay zone that singled her property out for restrictions that would have gutted the value of her commercial site. One commissioner, 2 planning commissioners and staff said it was a DONE DEAL with one opining that her land should be acquired by the county for a park. She looked to be all alone until other property owners were awakened.

The people of Augusta are in similar peril. Arrogance around property rights exhibits ignorance of how deep and wide the concepts of fairness and “do unto others” hold our world together. Here you see how the Communist Chinese had to yield to it when elderly homeowners refused to surrender to the government. 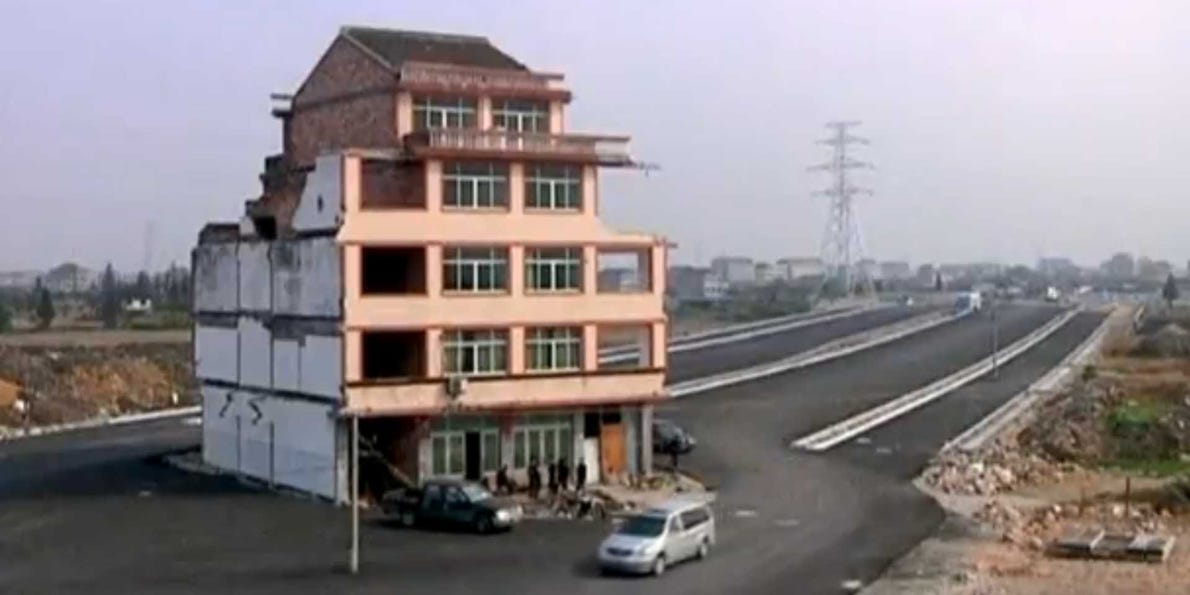 The ability under Augusta’s charter to pass any outrage at any time with 6 votes coupled with this SLUM resolution would leave them with no hope.

Flush “SLUM” and let’s banish the much over-used word “Impossible” from describing Augusta. Let’s do it now, do it with conviction and do it together.  Nothing is impossible to those who demand honor instead of a SLUM.